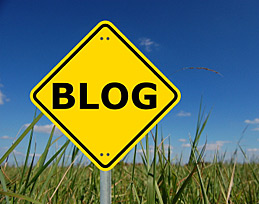 You get what you pay for

Last Spring, Kymar Gutters Inc. was invited to tender the replacement of a gutter system for a strata corporation here in Langley. Not so unusual. With depreciation reports now mandatory, every 20-25 tears, after the roof is replaced, it is recommended to replace the gutters. However their request seemed a bid add.

The Strata had replaced the roof five years before. With the roof, it was suggested to have the gutters replaced. The roofer recommended “their company”, and without a second thought, the scope of work was completed.

The gutter company installed a smaller gutter, leaving behind a strip of unpainted wood underneath the new gutters. In addition, the new gutters did not include enlarged outlets, adding to the problems. Within a year after installation, the mitres began to fail, and leak. Within five years, after several attempts to correct the problems, the strata realized that they had been ripped off, and it was time to bite the bullet.

Immediately after the initial replacement, the strata had to hire a painter to paint the strip of fascia left exposed after the installation of the smaller gutter.

Since the mitres were all failing, water was getting behind the gutters, which over the next five years, began to deteriorate the wood fascias.

To correct the issues, a wood working/painting company was hired to work on the fascias, after we removed the old gutters, and before we installed the new larger system.

Five years, however, took its toll on the townhomes. Hundreds of feet of fascia were rotted and needed replacement. Damage to the walls and fascias exceeded the costs of replacement of gutters.

The problems of the old system were easy to access:

Initially Kymar Gutters Inc. would have been maybe $200.00 per unit more expensive than the original contractor for the replacement of gutters. With the average townhouse strata being 40-60 units, that can add up.

However, the consequences of accepting the cheapest price are written in stone, and regretfully are too frequent to mention. You really do get what you paid for.

Now that the majority of the heavy rains are behind us, spring is the time for cleaning up the winter mess and preparing our homes for another year.

Remember the leaky condo crisis of the 80’s and 90’s? How could you not! If you were an owner, the special levies and mass depletion of contingency funds left you broke, stressed and further indebted to the banks…